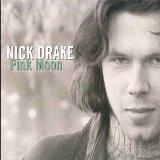 I was excited to see that Christopher O'Riley will be putting out a CD of Nick Drake's music:

With two albums in the shops and one on the way, O'Riley refuses to take a breather, as he already has his next two projects mapped out. A piano tribute to Nick Drake should appear in the winter of 2006, and a compilation of artists should appear in the spring of 2007. "I've done four or five of Nick Drake's songs, and I've got a short list of about 18 or 20 that I want to do," he says.

Read more here.
Email ThisBlogThis!Share to TwitterShare to FacebookShare to Pinterest
at 10:45 am

On an overgrown path has had some Nick Drake posts over the past months which may be of interest - see The Perfect Thread and A troubled cure..for a troubled mind among others.

Steven Osborne does a great line in improvisations on Keith Jarrett themes at more relaxed venues. I suggested to him a while back that he looked at Nick Drake's music. He told me recently he had bought some of his CDs on Amazon and thought it was 'amazing stuff.'