Is Wagner going to the Dogs 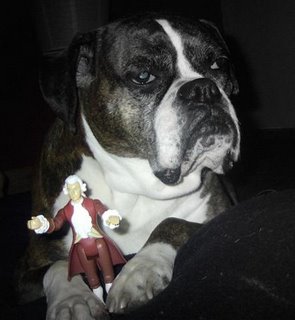 Maybe. And for a good reason:

"Richard Wilhelm Wagner, best known as the composer of the series of four operas that make up The Ring Cycle, had a strong faith in the musical appreciation of dogs. His dog Peps, a Cavalier King Charles spaniel, was required to be present when Wagner was composing. A special stool was provided for Peps, and he was expected to stay awake and listen while Wagner would play on the piano or sing passages that he was working on. The composer kept his eyes on the dog and modified passages based on how the dog reacted."

I'll bite. After all at least one of the WTB's mutts seems to like listening to me practice. Read the rest here.
Email ThisBlogThis!Share to TwitterShare to FacebookShare to Pinterest
at 7:01 pm