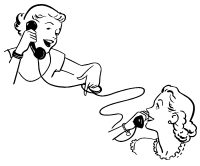 So the semi-finalists have been announced and it's pretty much as expected. The only surprise, at least for me, was that Beus didn't move forward. By and large, it's been a pretty snoozy competition. Lots of boring safe playing (think Spencer Myer) and lots of goofy facial expressions (during the prelims Ran Dank looked mostly like he was taking bong hits rather than playing the piano). Here's the list of semi-finalists. In bold are those I think have a strong change at advancing further.
More chatter later.